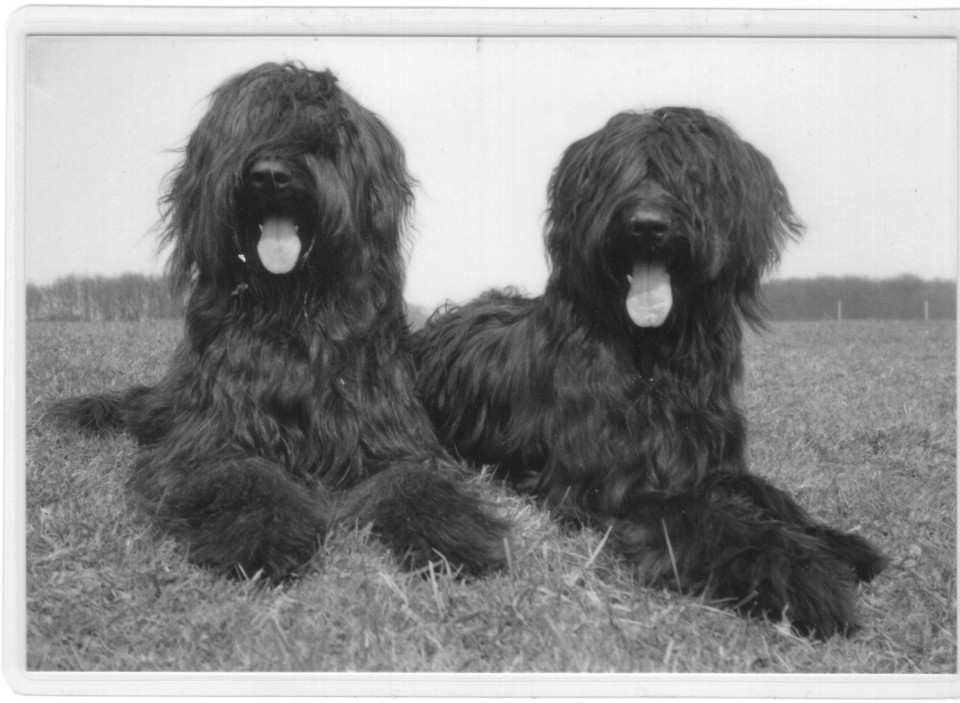 The view into the past

The first dog in our family was an Old English Sheepdog named "Henry", born 1976. After his dead a black briard male entered our hearts. 1991 I got my first briard bitch - Gwenhwyfar van Termey. She was a daughter from Cant du Moulin d´Eau and Bo de la Porte de Choisy. She was selected in Belgium, Germany and France. She was the third bitch from a german breeder (after Pia du Marais du Val and Asti von den drei Birken) who got the french selektion. It was 1993! At that time only a few breeder from germany crossed the border to go to dogshows. But I was crazy enough to jump into my little car and drive through Europe. With Gwen I did a lot of show and in that time I learned much about the breed.

Gwenhwyfar has had two litters. The first litter was with Ch. Koala du Mas des Glycines and the second with Ch. Mirage. From the first litter the little Avjella Josephine stay at our home. She was a lovely bitch but she hasn´t had the quality like her mother. As a veteran she was  the Best Veteran at den WDS in Porto. It was her greatest success at dogshow - but she was the only veteran :-) that day! Avjella has had also two litters. The first one with Ch. Mirage and the second with Ch. Hwarhen du Lur Y´Anou.

Josephine died 2005 and after her dead our Ch. Kendra Sarrah Nadina-Sis came in our life. Since 2010 CIE O´Remington Steele lives with us and christmas 2013 our little girl JCh. Boondock´s Our Ms Steele entered our life.

Looking back that long time I had some big changes in my life - but always one constant! MY BRIARDS!